trigger a reaction of curiosity by adding movement to a traditionally static object in a public place.

Increase attention people pay to a bulletin board in the ATLAS lobby by making some of the posters and flyers move.

After considering the technology available, and going through an initial design critique, I decided that it was more feasible to add a proximity sensor, 2 servo motors, and an RGB LED to a smaller bulletin board that would allow for installing the tech components behind the board instead of trying to hide them behind posters on an existing board mounted to the wall in the lobby. 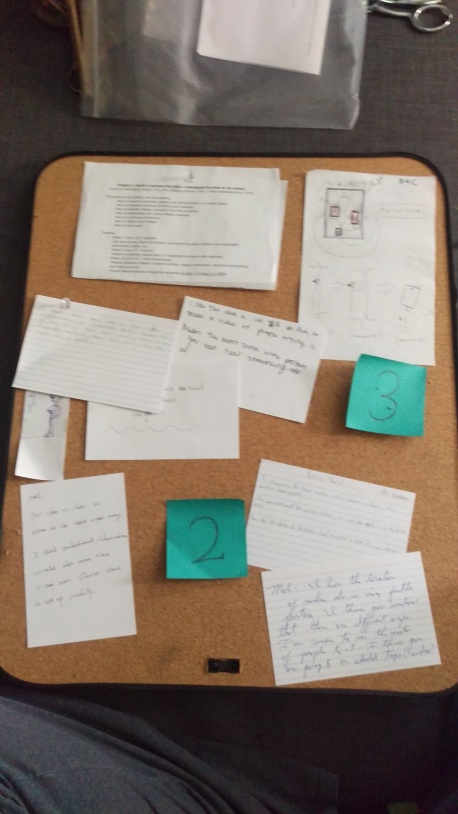 Used flyers and material from a table in the middle of the main stairway in ATLAS presented in a different format and adding motion elements to create curiosity and delight.

In addition to the two servo motors used to move pieces of the deconstructed flyers, I installed the color changing LED in the upper right section by drilling a hole and gluing a clear thumbtack over the hole so the light could illuminate and add an interesting color element.  I included this to create interest and draw people in close enough to trigger the prox sensor. 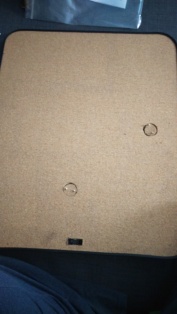 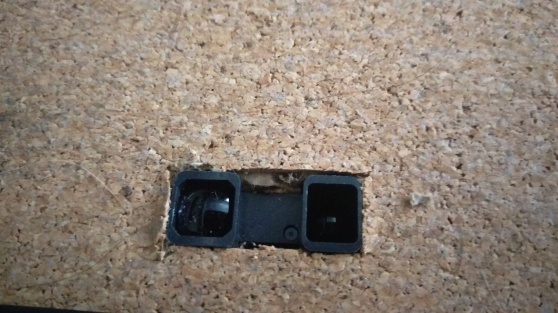 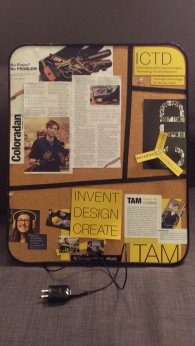 I chose to install and test the board over the table that contained the material I used to decorate the bulletin board for context and to give people the opportunity to pick up and read the material more closely if they wished. 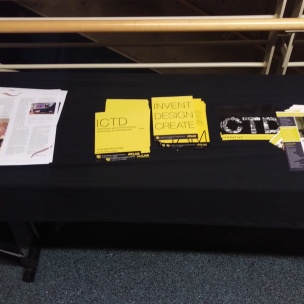 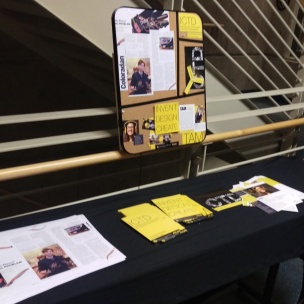 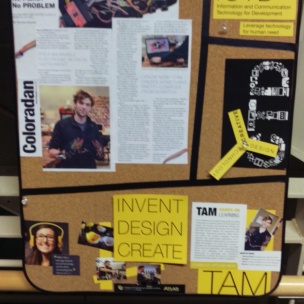 Board installed above table:

Quick test of the proximity sensor to show the motion function.

Testing from melinda plett on Vimeo.

Final edited video of people interacting with the board.

People were surprised by and enjoyed the interaction when they noticed.  Unfortunately, most people just walked past without even noticing even if they did trigger the prox sensor.  However, ATLAS staff particularly enjoyed the installation as it did created some increased interest in the information table.