The first prototype we made in class by running wires through a glove and soldering two LEDs on top of the fingers. Making sure that positive wire of both LEDs ran to the tip of each finger, and the negative wires both ran to the thumb. Then when you pinch a coin cell battery it completes the circuit for the finger and thus lights up the light associated with that finger. 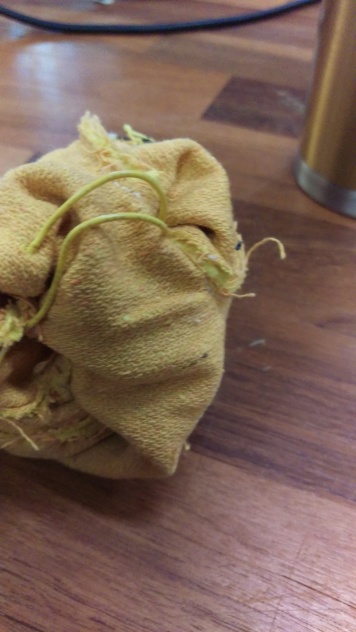 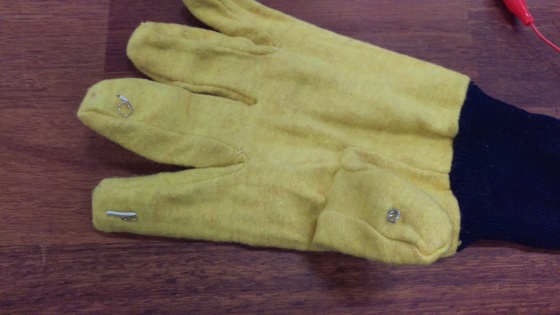 Unfortunately, solder isn’t flexible, and after a few times playing with it, the solder joint  snapped off one of the LEDs. 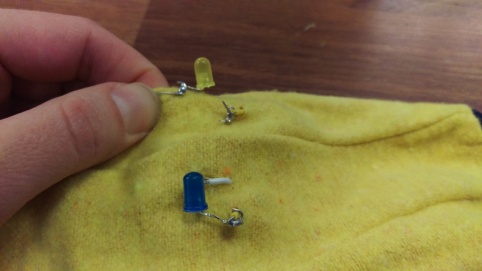 I liked this idea and wanted some more experience working with conductive thread that I had only used once before, so decided to make a second version of this glove this time with lights on three of the fingers. 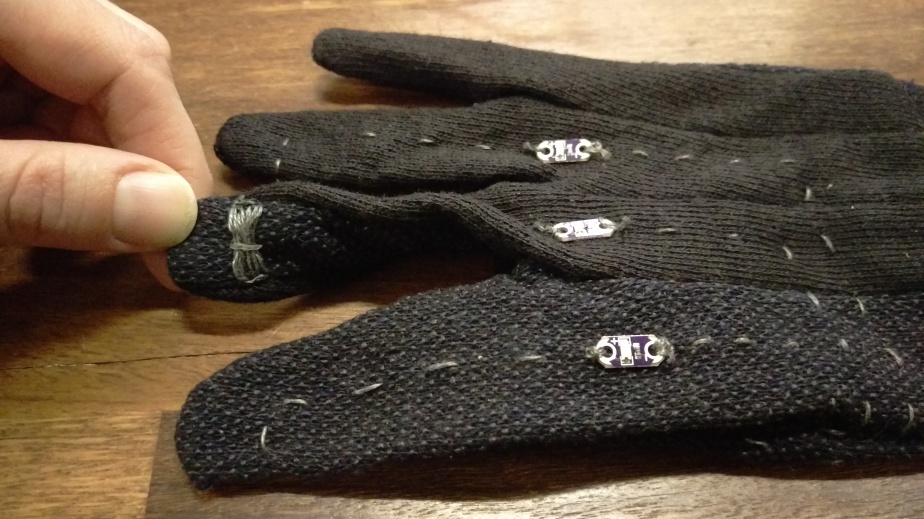 I made sure to stitch a fairly wide pad on each finger to ensure good contact points.

pretty happy with it! Red, White, and Blue.

Had to hook it up to an alternate power source because I ran my battery out of juice.

If I make a third prototype, I would embed a power source in the glove so that you could light it up just by touching each finger to the thumb.

In the final iteration for this idea I decided I wanted the light on the glove to serve a purpose other than just being fun.

Problem: Many apartments do not have a good outside light source near the front door, so during the darker winter months, and for those who work late, it is difficult to find the keyhole in the dark, especially if one is wearing gloves to keep warm.

Idea: Create a glove with an LED that lights up the key hole when the user is holding a key in front of it.

Design Process: I started by taking a pair of gloves I wear all the time with touch pads already embedded in the thumb and forefinger and then used conductive thread to sew a circuit that is completed when the pads are pressed together. This works with or without a key. 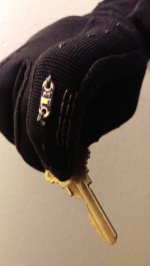 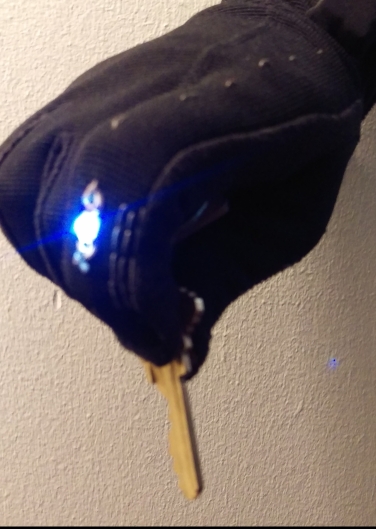 While I was sewing the circuit into the glove, I was showing a friend what I was doing, and he commented that he normally holds his keys between his thumb and the middle of his forefinger rather than the tip. So, I made and extra contact pad there by adding some extra stitches with the conductive thread.

This worked quite well! 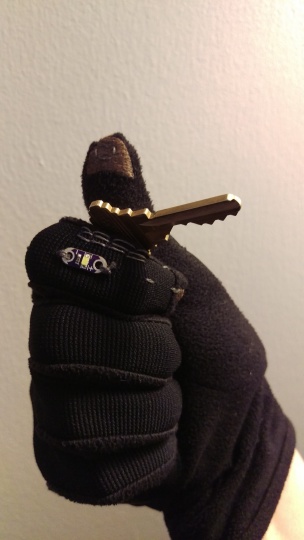 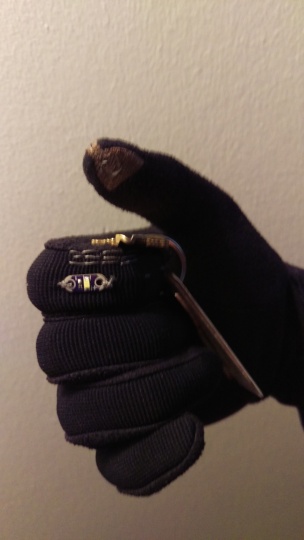 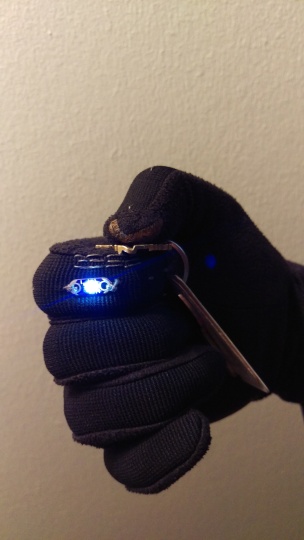 The light output is quite good and more than sufficient for the intended purpose. 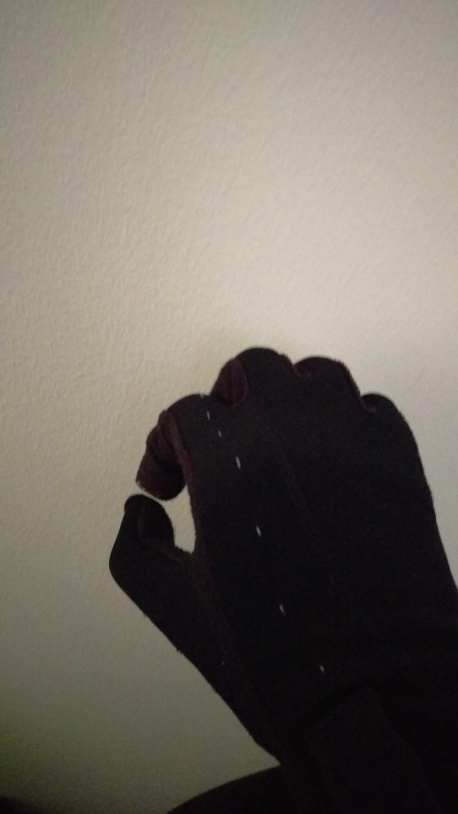 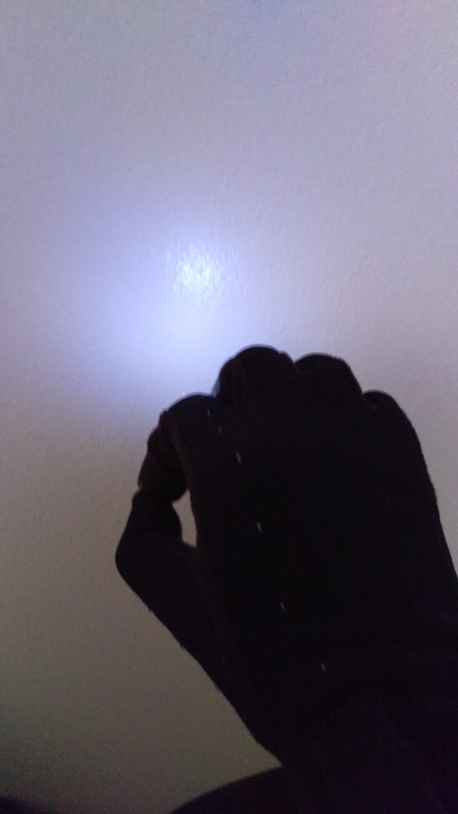