Using my concept sketch, I created a digital version  of the design in Illustrator.

With the laser cutter and assistance from and lab mate, we cut out a piece of non-adhering paper to sandwich between the heat sealable nylon.

To get the pouches in the prototype to bend, I referenced the work done by the MIT Media Lab. “aeroMorph – Heat-sealing Inflatable Shape-change Materials for Interaction Design”

After fusing the nylon with a heat press, but leaving one side open, the small valves were installed, and then the last side sealed.

Test with a hand pump:

This wasn’t quit the dramatic shape change I was hoping for, but not too bad for a first try.

The next step was to hook it up to a system with tubes, an air pump and small solenoid valves.

Even with all the components wired to a bread board, all the components, except for power, for this project fit into a small flat box.  Still a bit big to wear on your arm, but a few adjustments and I think it will work. 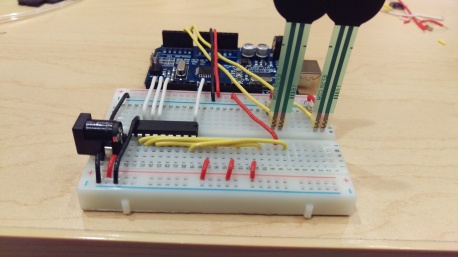 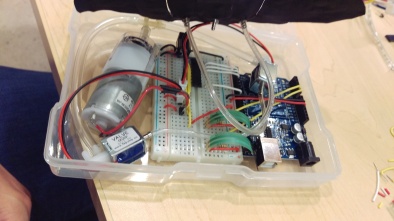 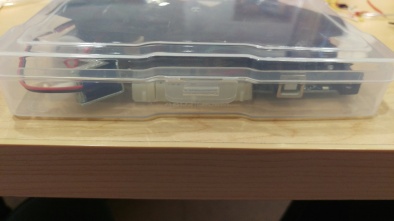