Technology:  iPhone, desktop computer, just got a kindle e-reader because she is running out of bookshelf space

Jenna loves working as an office manager, but has noticed as she is getting older that she gets sick a lot and has to take time off work when germs are going around, and this has a negative impact on work flow.  She also has a sensitivity to may cleaning chemicals used in the space, so more bleach isn’t a good solution for her.

Lets look at some data about germs in the office place…

Surfaces with readings over 100 that could use disinfecting included:

I’m going to focus on handles that aren’t on a sink since motion detecting faucets are a great solution already widely in use, or on keyboards, since these are less frequently a shared item.

Antimicrobial covers for handles and knobs in public places at work that not only helps keep germs from spreading, but also alerts users to the danger of germs on handles, especially in shared kitchen areas. 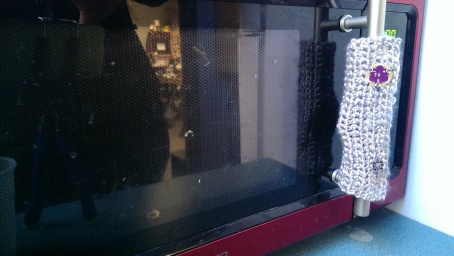 Programming that would trigger a red light after a certain number of people touched it to let someone know it needs to be washed.